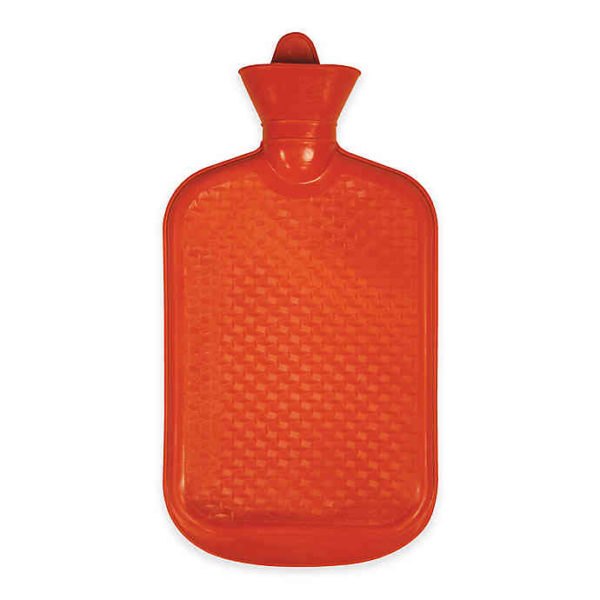 So you started going to your gym again and ended up doing a lot of exercises which caused you muscle cramps on your back and shoulder. Now that can be really painful and hamper your regular routine. Don’t let the throbbing pain stop you from performing your daily activities. Use this HealthIQ hot water bag to relax your muscles and eliminate the pain.

This beautifully designed gel hot water bag is quite easy to use. Just plug the cord into a power socket to heat the bag and place it on your shoulder.

Containers for warmth in bed were in use as early as the 16th century. Hot Water Bag BD, The earliest versions contained hot coals from the dying embers of the fire, and these bed warmers were used to warm the bed before getting into it.

Containers using hot water were soon also used, with the advantage that they could remain in the bed with the sleeper.

Prior to the invention of rubber that could withstand sufficient heat, these early hot-water bottles were made of a variety of materials, such as zinc, copper, brass, glass, earthenware or wood. Hot Water Bag, To prevent burning, the metal hot water flasks were wrapped in a soft cloth bag.

Japanese style plastic hot-water bottle, known locally as a yutanpo, with its cloth protective bag on the right.

By the late 20th century, the use of hot-water bottles had markedly declined around most of the world. Not only were homes better heated, but newer items such as electric blankets were competing with hot-water bottles as a source of night-time heat. However the hot-water bottle remains a popular alternative in Australia, Ireland, United Kingdom, developing countries and rural areas. For example, it is widely used in Chile, where it is called a “guatero”. There has been a recent surge in popularity in Japan where it is seen as an ecologically friendly and thrifty way to keep warm.

Some newer products function like the older bottles, but use a polymer gel or wax in a heating pad. The pads can be heated in a microwave oven, and they are marketed as safer than liquid-filled bottles or electrically-heated devices. Some newer bottles now use a silicone-based material instead of rubber, which resists very hot water better, and does not deteriorate as much as rubber. Although the stopper size in Ireland and the UK has been largely standard for many decades, the newer bottles (notably those from German manufacturer Fashy) use a wider mouth which is easier to fill (and a larger stopper to fit it).

While generally used for keeping warm, conventional hot-water bottles can be used to some effect for the local application of heat as a medical treatment, for example for pain relief, but newer items such as purpose-designed heating pads are often used now.

Get ICU Patient Care Service from us.