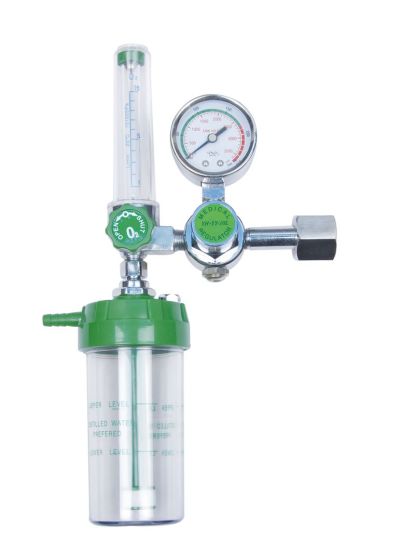 A pressure regulator is a valve that controls the pressure of a fluid or gas to a desired value. Regulators are used for gases and liquids, and can be an integral device with a pressure setting, a restrictor and a sensor all in the one body, or consist of a separate pressure sensor, controller and flow valve.

Two types are found: The pressure reduction regulator and the back-pressure regulator.

Both types of regulator use feedback of the regulated pressure as input to the control mechanism, and are commonly actuated by a spring loaded diaphragm or piston reacting to changes in the feedback pressure to control the valve opening, and in both cases the valve should be opened only enough to maintain the set regulated pressure. The actual mechanism may be very similar in all respects except the placing of the feedback pressure tap, Medical Oxygen Regulator BD.  Get oxygen cylinder from us.